No, I haven't quit poker, but I have developed a passion for daily fantasy sports in recent month, moving much of my focus there.

At first I thought the game it was a total crapshoot once I started playing baseball in June, until I figured out that really it was baseball that was more of a crapshoot. (Consider that hitters only bat four or five times a game, compared to running backs and QBs who touch the ball 20 or more times a game -- hence reduced variance.)

Now that football season has started, I've been doing much better, and had I not made a couple of last-minute switches last Saturday I would have won about $15,000 on DraftKings. Ouch.

I see why many poker players have gravitated toward daily fantasy sports, as there are some similarities between the games -- playing against the field instead of the house, making +EV moves and watching them win out over time.

If you haven't tried it yet, now is a great time to start in the heart of football season. Click the banner below to get a free entry in one of DK's Millionaire Maker tournaments. Somebody has to win. Might as well be you or me! 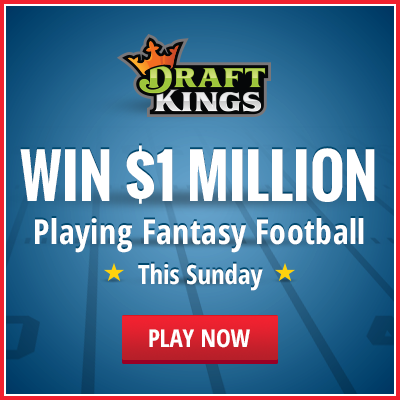 Posted by TuscaloosaJohnny at 11:17 AM 8 comments:

Essential Guide to Las Vegas During the World Series of Poker

I do apologize for letting the blog fall by the wayside, it having now been dark for about 16 months. Since I last wrote my baby girl has gotten much bigger, which tends to happen when you go from 4 months to 20 months. My son is now 5 and I am 38, but maybe feel like 48.

There was also some poker. I bombed out at the WSOP last year, taking my worse summer loss ever, mainly because I took a shot at a bracelet event and some other decent-sized tournaments. On the positive side, I now participate in a local underground game featuring some of the worst players I've ever had the pleasure to face on the felt.

This quick post is mainly, however, to promote my new ebook on the Amazon Kindle store. Essential Guide to Vegas During the World Series of Poker is pretty much what the title describes: a guide to all you need to know about poker and Vegas in general while the WSOP is taking place, with tips on hotels and airfare and how to best plan and spend your poker bankroll.

It's just $2.99 in the store, of if you have Kindle Unlimited you can read it for free.

Please check it out, and thanks. 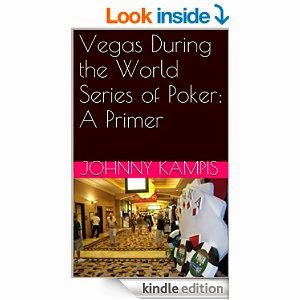 Posted by TuscaloosaJohnny at 4:45 PM 5 comments: