The grand ol' poker tournament is just around the corner. Hard to believe that it's already World Series of Poker time again. I'm sure plenty of online players are chomping at the bit, especially those who focused their play on Full Tilt and PokerStars.

I do find it interesting that while PokerStars has quickly reimbursed American players (got my meager check two weeks ago), Full Tilt still does not have a plan in place to pay us. I'm sure we'll get the money in due time, but for those who have a large percentage of their roll on that site it could affect how much of the WSOP they are able to play.

At least for those players who didn't move to Vancouver or Toronto to play Canadian poker.

Our friendly Feds may have put an end to my WSOP streak. This would have been my eighth year in a row to visit Vegas during the WSOP, but the FBI putting the kabosh on the BBT and any freerolls for Poker from the Rail bloggers is putting that streak in jeopardy. I was lucky enough to win free airfare on Southwest through a website for which I write, but we may pencil that in for flights to alternate locations.
Posted by TuscaloosaJohnny at 4:16 PM 2 comments:

Since we're tornado crazy around here, let me share this video that my friend Tony sent me the link to:

Insane how close that was to him. I believe this was taken in Alberta area in Tuscaloosa, which was just about wiped off the face of the Earth. No joke.

Here's my picture of one Alberta intersection: 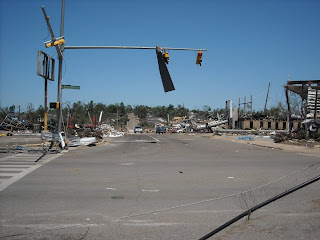 We're nearly done covering PokerStars' Spring Championship of Online Poker, which will end on Monday. It's been enjoyable getting back into doing recaps of the tournaments. Part of what I love about my life is in having the ability to make money doing the things I enjoy. As my friend Brian pointed out the other day, it's been almost six years since I left my newspaper job. It has not been an easy road by any means, and I can certainly say that I never expected I would still be trolling around outside of an office six years later.

Of more important note to me, is that this summer will be five years since the Summer of 2006. That's worth capitalization in my eyes. An earlier generation had the Summer of 69 thanks to several notable national events. I have the Summer of 2006, not due to any big news events in the world--I couldn't even tell you a single newsworthy item from that summer--but just for the things that went on in my life. 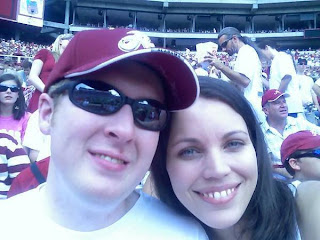 which led to out future son 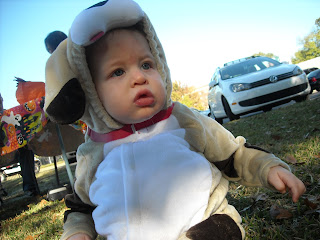 which makes us one happy family 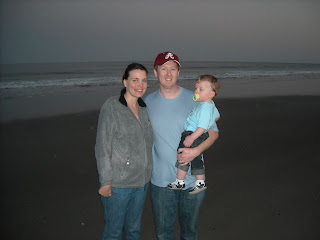 Posted by TuscaloosaJohnny at 10:17 AM 2 comments: 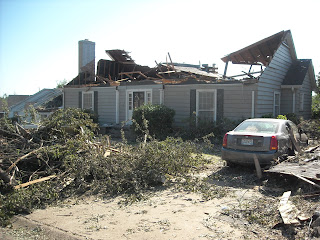 Multiply what you see in this photo by a few thousand. That's a fairly accurate description of what happened in Tuscaloosa on April 27.
The tornado and its aftermath have obviously kept me busy. I think I went through a period of survivor's guilt. It was as if our family won some sick lottery after the tornado turned slightly while headed through the heart of town and missed our home by about a quarter mile. I think it took about a week for me to get over the depression that set in after seeing the devastation the tornado wrought on my city. Fortunately, no one we know was among the 41 that were killed, or were even injured. Several people we know lost their homes, including a Sunday School member (the home depicted here.)
Due to some professional connections, I got to write two articles for Time's website, which you can view here and here.
I also was interviewed on FOX News a couple of days after the tornado thanks to the first Time piece. For those of you who are Facebook friends you can view it there (amazingly I don't sound TOO stupid.)
Hey, at least the poker room where I play in town was missed--by mere yards as it turns out.
Finally, two weeks after the disaster I've turned back to my bread and butter of poker and poker writing. I still play a few online poker games at the smaller sites, and was fortunate enough to get hired to do recaps for the 2011 edition of SCOOP on PokerStars. Thanks Otis!
Since PS is now focused more on the Eastern Hemisphere, the start times are more palatable for us who must stay up and watch the final tables for the blog recaps. Although I was up until 3 a.m. on Tuesday morning covering Badugi, I finished up before 11 p.m. the last couple of nights.
Posted by TuscaloosaJohnny at 1:00 PM No comments: