Why Nevada online poker is gravy for non-Nevada residents

I’ve discovered recently why those of us who may have wait a while (and as a likely resident of either Missouri or Alabama for many years to come I may wait a REALLY long time) for our states to legalize online poker can still benefit from games in other states.

Some of the Nevada-based sites already have free-play software up and running. You just go to the website, create an account and load Java or Flash and you’re off and running online, no download necessary.
The sites already in place are ramping up marketing in anticipation of offering real-money games to Silver State residents by handing out a number of prizes in the tournaments. These are given out under sweepstakes laws, which exclude some states – though not Missouri.

Obviously, it’s getting harder to play for real money online so these free sites with free prizes are great for us who still have a competition itch because it gives us something of value for which to play.

The prizes on the free-to-play Nevada sites range from the lame (logo casino swag) to the excellent (how does a $1,000 live tournament entry sound?) 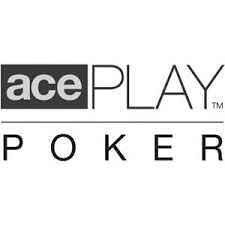 First, you have AcePlayPoker.com, affiliated with Stratosphere (and Arizona Charlie’s), which hands out a lot of free stuff for that north Strip resort (term used loosely).

I kid. I’ve stayed there before and it was perfectly comfortable. The casino is plenty spacious, and I seem to recall the buffet being fairly good. It’s not the Bellagio, but it’s not supposed to be.

So what exactly can you win?

There’s a daily tournament at 9 p.m. CST awarding a $50 Stratosphere gift card to the winner, with the top several finishers winning seats into the Sunday tournament. It has a good structure, averaging 12-15 players and lasting about three hours.

The buy-in is 550 play points, and you can reload for 1,000 every day so you can play this tournament every day without fail. Look for TuscaloosaJo.

I asked the administrator of the Ace Play Poker Facebook page what you can use the gift card for, and he/she said it’s good for rooms and food, but not shows. I’m not sure if you can use it in the gift shop or for such things as tower admission. The best part is that you can stack them. So if you’ve got three gift cards, you’d have $150 you could use at one time for a nice meal at Top of the World or for a room upgrade.
The Sunday tournament’s prize is more specific. As I recall, you win a two-night stay in a room, two free buffets and your choice of two tickets to one of the property’s shows.

So you have six pretty decent chances at free stuff there each week.

They’ve also offered other special event prizes, such as a weekend trip to Laughlin for a Reba McEntire concert and tickets to some NASCAR events at the Las Vegas track.

Golden Nugget has also started its online site, at GoldenNuggetPoker.com.

This has been around several months, and although I got an email about it and tried it when it first launched I quickly lost interest.

They’ve upped the ante, however.

To promote the annual Grand Poker Series this summer, the Nugget’s giving away a bunch of seats into the tournaments.   Every Sunday there’s a weekly tournament with a grand prize of two nights’ accommodation at GN and a $125 entry into the GPS, with second and third places each getting $50 Landry’s gift cards. In the monthly tournaments the prizes are similar, but first gets a $230 tournament entry.

All final-table finishers in those 15 events get seats in the championship tournament, where the winner earns an entry into the $1,080 main event of the GPS and a sweeter hotel stay package. Second gets two nights and a $230 entry and third merits two nights and a $125 entry.

You can buy in directly to these at 105 for the weekly events, 215 for the monthly and 1,100 for the championship.

At Golden Nugget Poker you start with 50 play points each day and can reload once. So a quick double up plus five more points will get you in the weekly event. There’s also daily freerolls (no points needed, so even more free than the other tournaments, which are all freerolls, of course) with each final-table finisher getting entry into the weekly events, and the winner earning a $50 Landry’s gift card and second and third getting GN swag.

You can also get points for high finishes in the weekly and monthly events, gaining you enough to buy into several future tournaments of their kind.

So how have I done?

The competition is plenty soft, but I haven’t had a lot of run good lately at the live tables, and it’s evidently imported to the virtual ones, too.

One day last week I managed to finish second in both the Ace Play Poker and Golden Nugget daily events, missing the $50 gift cards at each by a smidge. Then in the first weekly GN event I got fourth, again one spot out of any prizes. At least I have my entry already locked down for the May 27 final so maybe I can find some good fortune and win the main event seat.

I finally snagged a couple of the Stratosphere cards recently, and hope to get some more for dinner at Top of the World when Amy and I take a couples' trip to Vegas at the end of May.

I would expect this kind of stuff to only grow in the coming years, as these Nevada online poker sites will provide good platforms for casino resorts to market their properties.

While only Nevada residents can play for real money, I think these sites will continue to let all American citizens play for free, and offering complimentary rooms and other enticements should draw out-of-state visitors to town, spending more money inside their facilities.

Heck, maybe Caesars will offer opportunities to win World Series of Poker seats for free once they’re up and running online in the U.S.

Posted by TuscaloosaJohnny at 7:21 AM 4 comments:

During my last poker trip I managed to score copies of all four (I believe there are now four) major poker magazines that are widely distributed to poker rooms around the country -- Ante Up, Bluff, Card Player and Poker Player.

Sadly, Rounder long bit the dust. My gravy train ran off the rails, and at least I didn't get banged up too much    by the con artist who last owned it. He only owed me about $600 when he folded and didn't pay anybody. Others got hosed for much worse...

Obviously, as a former poker magazine "managing editor" (it was a pretty loose term) and an avid poker player, I am always interested in what other poker magazines have to offer. So let's take a quick look at what's available today and see how they compare in various categories: 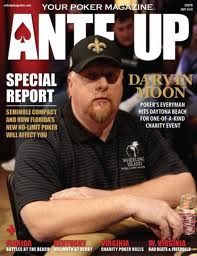 Content -- Chris Cosenza and Scott Long, the publishers of this Florida-based publication, have focused on the lower-bankrolled, regional-based player, which I think is a smart move for them. Unfortunately, it can make for a rather boring magazine. The brunt of content in Ante Up is written by area "ambassadors" detailing events and personalities in their areas. (Full disclosure: I talked with Chris about doing something for them in the St. Louis area until I learned there was no hope of getting paid for my work.) The ambassadors work for free, which I think is pure marketing genius by Cosenza and Long -- they get most of their content for gratis by puffing up the egos of folks who like to have their pic and name in a national magazine. Ante Up also includes strategy from notables such as Jonathan Little and Joe Navarro, as well as several pages of useful daily tournament listings from casinos around the country. Grade: C-

Design -- Tons of black and white, with only small photos breaking up the text. It's not a thing of beauty...but it's not the ugliest poker magazine, as we shall see... Grade: D+ 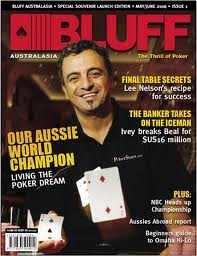 Content -- From the start (about 2005 or so, I think) Bluff has put out a publication with a nice variety of content, from news briefs to feature stories on important topics (recent issue: The Power 20) to tournament coverage to strategy. I've never been a fan of the "party of the month" columns from the likes of Phil Laak and Jennifer Tilley, but I can handle a few turds among the gems. Bluff only include token tournament listings from Vegas, California and Nevada. Grade: A-

Design -- Bluff excels again here, from professional portrait shots (see the recent Power 20 cover) to great graphic design. The layout is lively and pops out. The only knock is the overuse of some generic card and chip graphics for some of the strategy columns. Grade: A- 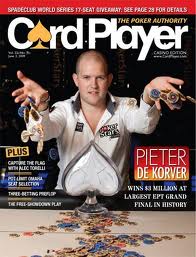 Content -- Now in its 26th year, Card Player is like that warm, fuzzy blanket you grew up with and can't part with. It's a good mix of stuff, but also a fair amount of content I could do without. I'm really digging the Bart Hanson column, as well as a new column on poker rules and etiquette. The hand analyses are cool, and strategy article by the likes of Gavin Griffin and Steve Zolotow are good. On the other hand, there's a fair amount of valuable page space dedicated to profiles of online luminaries that I don't care about. There's a pretty good daily tournament schedule from around the U.S. for those who need it. Grade: B

Design -- Most columns consist of text and mugshots, with the occasional generic photo creating eye appeal.  Like Ante Up, Card Player seems to depend on colorful ad pages to break up the monotony of its actual editorial content -- a bit lazy, if you ask me. Grade: C-

Content -- We got your press releases! We got your grammatical errors! (Can we do without a few of those overused commas Mr. Sludikoff?) There's two main areas of content here: recaps of recent tournament main events, which read as if they were ripped straight from the press release and strategy columns from recreational players. You get the occasional well-written news recap from my old colleague Haley Hintze or trip recap from Russ Fox. The Mike Caro bipolar ask himself questions column every month is tired, and lame. Grade: D

Design -- Oh, Lord, what a mess. This tabloid-shaped magazine looks like old newspaper did when they used to literally cut and paste the text and photos onto large sheets to print before computer software such as QuarkXpress and In Design became available. Caro's column often jumps across three of four pages throughout the publication. Grade: D-


So that's my two cents. I think Bluff is far and away the best magazine, with Ante Up and Poker Player significantly below Card Player.

For the record, my old magazine was pretty fallow from the content standpoint, but had pretty good design. It'd probably fall in the middle if it were compared to the current publications. 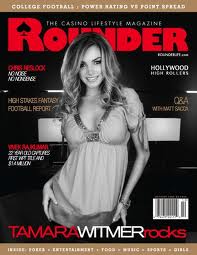 Posted by TuscaloosaJohnny at 2:44 PM No comments:

Was my arrival in Missouri destiny?

Was reminiscing with a look back at some of my 2005-06 blog posts and found a gem.

I played some $10-$20 limit at Binion's on the final day of the 2005 World Series of Poker, and wrote disparagingly of one guy at my table:


The one seat player wasn’t too sharp anyway. After he heard me speak earlier in the night, he asked me if I was from Missouri. “People from Missouri don’t sound like me,” I told him.


I also noticed that earlier that summer I wrote about a girl at the $1-$2 NL game at MGM Grand who had survived a brain tumor. Where was she from? Missouri.


Posted by TuscaloosaJohnny at 3:10 PM No comments: