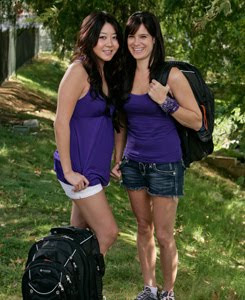 
I'm sure most reading this are aware that we have two known poker players participating on CBS' The Amazing Race this season in the form of Maria Ho and Tiffany Michelle. I don't call them poker professionals because that is not a word I throw around lightly, unlike most people in poker -- especially those who want people to think they are better than they really are.

That's not to say that either of these girls is not a poker "pro". The only ancedotal evidence I have to go on is the WSOP. Maria and Tiffany are most famous for being the last women standing in the Main Event of the World Series of Poker in 2007 and 2008, respectively. Maria finished 33rd and Tiffany was 17th. I don't believe this fact has been discussed during the CBS telecasts, but perhaps explaining it to viewers at home would be a bit too wordy for a fast-paced show.

Otherwise, I don't think either of them has much of a tournament record to speak of. When I interviewed Maria after the 2007 WSOP she talked about playing high stakes limit hold'em cash games at the Commerce with good success. When I interviewed Tiffany after last year's WSOP she spoke mostly about here past acting gigs and work with PokerNews. While I do know that her most famous acting role was as a dying teenager in the arms of Noah Wyle I don't know of her poker success outside the WSOP.

While I will grant that reality show producers can edit the film to make participants look as bad as possible, Tiffany and Maria did a good job of giving themselves a black eye early on when they told their competitors that they worked with homeless children rather than played poker for a living. The jig was up when some people recognized them at the airport and they looked really bad for that lie. However, they have settled in since then and have even made an alliance in the race with a couple of guys who waited for them to get a replacement car after Maria tried to drive over a steel barrier and busted the radiator. This followed Michelle allowing one of the guys to use her ladle during a water-finding challenge in the Dubai desert.

While Tiffany and Maria have looked better in character in recent episodes they are very fortunate to still be in the race. During the first two-hour episode they came in last during one leg of the race, but were lucky it was a non-elimination leg. This is a feature the producers have added during The Amazing Race's run that I can't stand. If they want to extend the number of episodes to air during a season they should add more teams, not let some lucky teams off the hook in such a cheesy fashion. It feels like cheating.

Maria and Tiffany caught another break two episodes ago when the team that reached the finish line first lost a passport and were eliminated when they could not find it. TiffMar was last on that leg and would have been booted from the race that time, too, if not for a second lucky break. It appears they have caught a couple of two outers.

Can that luck continue? A team of two women has never won The Amazing Race. Due to some physical challenges that pop up along the way a team of two females can find themselves at a disadvantage. There is one precedent that has previously been set in which TiffMar is following the form. A few seasons ago two hippie-type guys finished last during two non-elimination legs and went on to win the race. Just as with as poker tournament it takes a fair amount of luck to win The Amazing Race.
Posted by TuscaloosaJohnny at 7:54 AM 2 comments:

"When are you going to update your blog?"

That is a comment I heard frequently in July and August, less so in September and October as Amy figured I had given up blogging completely. It's weird how often after I return from Vegas I am kind of burned out on poker and let the blog marinate for months at a time (a good five solid months in 2006, in fact).

I played little poker after I returned home, but have been firing up the online games at more regular intervals in the last month or so. I have been on a tear in the month of October that I don't want to discuss too much for fear of bringing the bragging curse upon myself. Perhaps at the end of the month if I show a tidy profit will I discuss those recent adventures on the virtual felt.

It's been an exciting and trying time since the end of June. Good news first -- we found out we are having a boy! We are naming him John Harper Kampis. He will be the fourth generation John/Johnny on my side of the family, and Harper is Amy's maiden name and just so happens to work well as a boy's name. So there that is. While that is new news on Poker Nation it's old hat for us. Shows how long it's been since I posted. In fact, we are now less than two months from Amy's due date of Dec. 15. We have the nursery painted and now I need to vacuum and steam clean the floor and get the windows fixed. Then it will be time to start putting in the furniture and decorating. 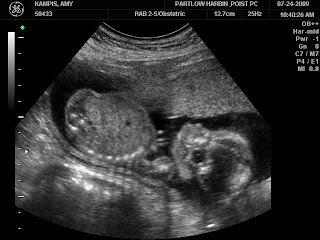 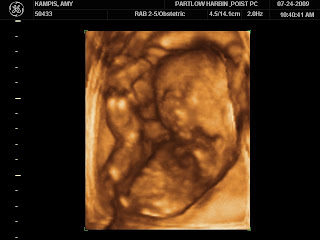 They say he looks like me, but I don't know how you can tell that from the ultrasound pics.

The sad news was that my grandmother passed away. She had battled brain cancer for more than a year and complications from that finally took her from us. I was particularly close to "Nannie" because she and Papa lived just down the road from us so I saw them nearly every day growing up. Papa died from liver cancer in 1998 and my maternal grandparents each died in 1999 and 2000. So Nannie was the only grandparent I had for nine years. She was the kindest, most generous woman you could ever hope to meet. She taught two and three-year-old Sunday School classes for decades and attended the same church for about 50 years. She will be forever missed. 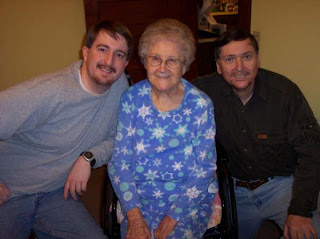 In the months I slacked off from posting on this blog I let the five-year anniversary of Poker Nation pass without notice. My first post on here was Oct. 4, 2004. I enjoy reflecting back on that time and how much my life has changed in the last five years. In the fall of 2004 I was filled with hubris. I was winning consistently at the poker table and about to head up to Foxwoods for the World Poker Finals. I was considering leaving my newspaper job the next summer to go off on my own poker/freelance journey, a decision I would make in a few short months after that first post. That was originally intended as a one-year break that turned into four years, four months and counting, with grad school, marriage, and an impending baby along the way. Oh what a journey it has been. I'll reflect more on that in the coming weeks (I promise!)

I still have the people of Nicaragua in my heart, but the photos were on my now dead laptop. My tech pro cousin is in the process of transferring my hard drive to my new laptop so I hope to finally put up some trip reports soon. I talk often with my fellow church members who went on the trip, and every single one can't wait to return. Despite the heat, the hard work, the longing for home it's all worth it to see what a huge difference you can make in the lives of a few people.
Posted by TuscaloosaJohnny at 8:06 AM 3 comments: